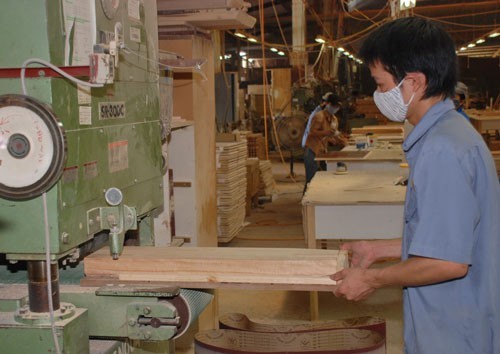 According to the Handicraft and Wood Industry Association of HCM City (Hawa), the number of orders is increasing in the context of the China-US trade war. However, Vietnamese enterprises are facing problems that need to be resolved soon.

Regarding the labor force quality, the World Bank pointed out that Vietnam had a 3.79/10 score, ranking 11th out of 12 Asian ranked countries. The labor force competitiveness index was 3.39, with Vietnam ranking 73rd among 133 countries.

"The problems faced by woodwork enterprises are not simple, which require them to have a new vision to re-design the production model and apply technology,” said Hawa chair Nguyen Quoc Khanh.

To ease pressure on the labor force and increase production quality, many enterprises have allocated big budgets to buy new equipment. Some enterprises with small scale have invested up to VND50 billion in new equipment.

However, according to Leslie Lye from Weinig Group, though Vietnamese factories have invested more heavily in technology than other Southeast Asian countries, they have done so in an unorganized way.

There should be accurate charts of production processes and quick ways of switching products; less dependency of human resources; and fewer waste products.

Meanwhile, Bernd Kahnert from Homag, the supplier of integrated manufacturing solutions in the woodworking industry noted that Vietnam’s big problem is not technology, but a labor force that can apply technology in production.