The warehouse manager at Truong Thanh Furniture near Ho Chi Minh City did her best to avoid the virus. For weeks, she worked and slept at the factory alongside 200 colleagues, with few people allowed in or out. 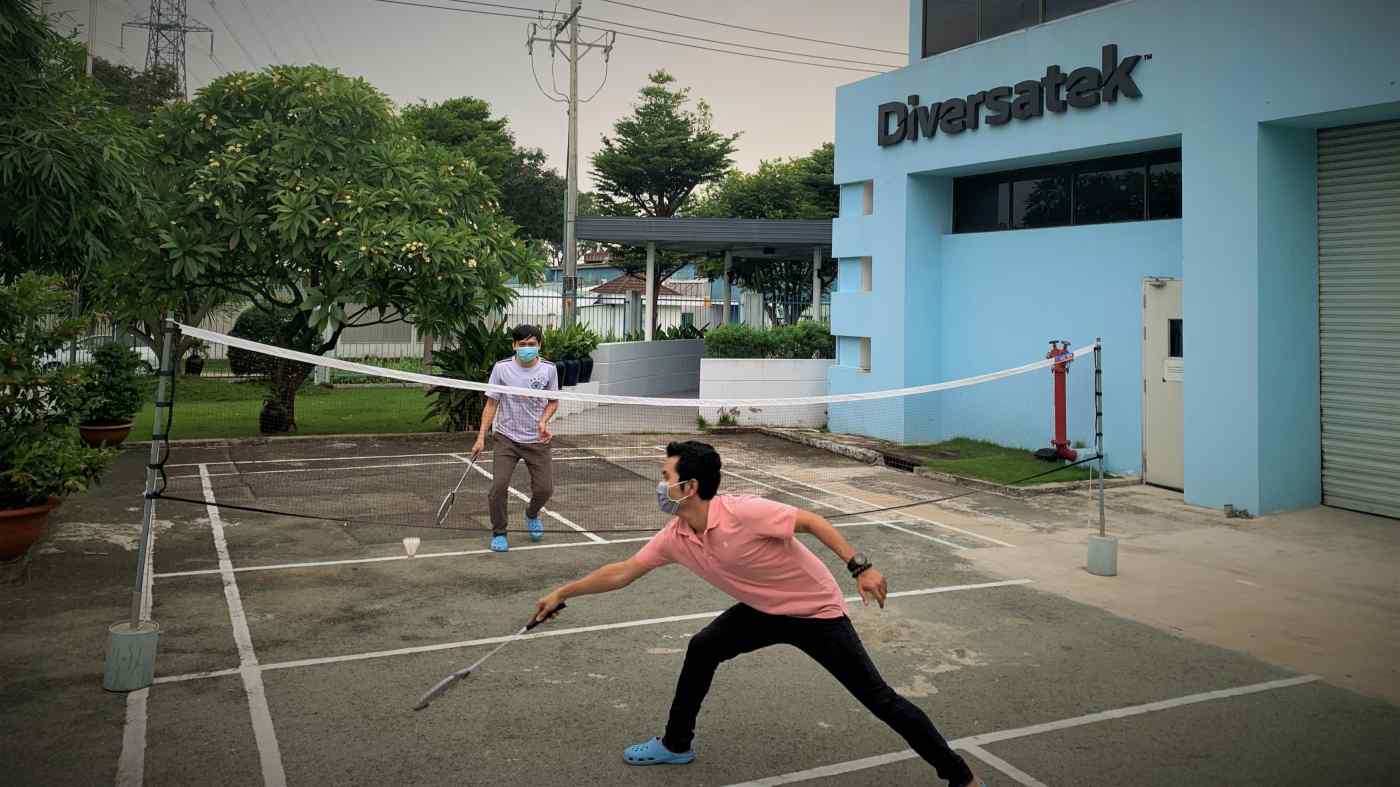 Truong Thanh Furniture was complying with a government order for factories to keep workers on-site or else shut down.

It provided meals and blankets, but the measures were not enough; the virus slipped past the company's defenses and infected the manager.

Truong Thanh Executive Chairman Mai Huu Tin told Nikkei Asia he believes the woman caught the virus from a delivery driver. It is not the only company that has detected cases despite taking strict safety measures. Now dozens of businesses are moving away from the sleep-at-work model introduced to prevent COVID-19 from disrupting the country's vital manufacturing sector, which churns out everything from shoes to smartphones for the global market.

Thousands of Vietnamese have spent the past month living at work, away from their families. The situation has taken a heavy toll on mental health and corporate balance sheets. Now some companies are questioning the approach and asking the government for vaccines and "safe zones" where workers can live near plants, and for it to take other measures.

"Owners cannot control infection 100% because to continue operating, factories still need to get supplies from outside," said Tin, who paused operations at one factory but is continuing the sleepovers at others. "Facilities there are not meant for human living."

While electronics manufacturers such as Apple supplier GoerTek and Samsung are using the sleepover model, not everyone finds it feasible.

"We do see pressure on our short-term production capacity, and we do expect the financial impacts in July and August," the company told Nikkei Asia. "For the longer term, we will try to be more flexible and ask our other production sites to help with some production, too."

One manufacturer said it has shelled out $100,000 to house 900 people at work, while another said costs had roughly doubled even as production fell by half. New expenditures include virus tests, laundry services, protective gear, meals and sleeping mats.

"There are many cases where COVID cases still occur in a company," one of the sources said.

"Vaccines are the only way out," said KJ Ung, Vietnam managing director of panel maker First Solar, which is having staff live on a site the size of 60 soccer fields. "Global supply chains will be affected if we continue this way.

"Employees' psychology and all those mental health issues have to be taken care of as well."

A number of companies are throwing in the towel. The Dong Nai Industrial Zones Authority on Tuesday published a list of dozens requesting to end the sleepovers, from Nippon Paint to Hansoll Textile. It is not clear what the next step might be.

On Monday, a post on the Ho Chi Minh City website outlined alternatives to on-site living arrangements, such as company-controlled transport to and from work, or setting up designated safe areas for workers to stay.

The latter option, however, could require finding land. While northern factories have space to isolate infected workers or separate crews, the south is more crowded, said Nguyen Thanh Binh, a director at the Vietnam Chamber of Commerce & Industry.

"An inch of ground is equivalent to an inch of gold," he told Nikkei.

The hit to supply chains from factory disruptions will be large, according to Natixis economist Trinh Nguyen. She wrote in an Aug. 12 report that the global shoe and textile sectors would be affected, with some impact on electronics as well, given Vietnam's "staggering share of mobile phone exports" from Southeast Asia. The communist country's overall exports ticked down 0.8% from June to July, while virus cases exceed 300,000. Like much of the region, Vietnam is struggling to flatten the curve of infections, though it is hindered by a contagious variant and low vaccination rate.

Besides disease, continuing to live at factories poses damage and even fire risks, Tin, the furniture executive, said.

"Safe zones for workers to stay after work would help," he said, "especially if they can stay with their families or friends."