Export orders of Vietnamese wood enterprises to the US market tended to decrease due to the country's initiation of investigations and weak demand amid increased inflation. 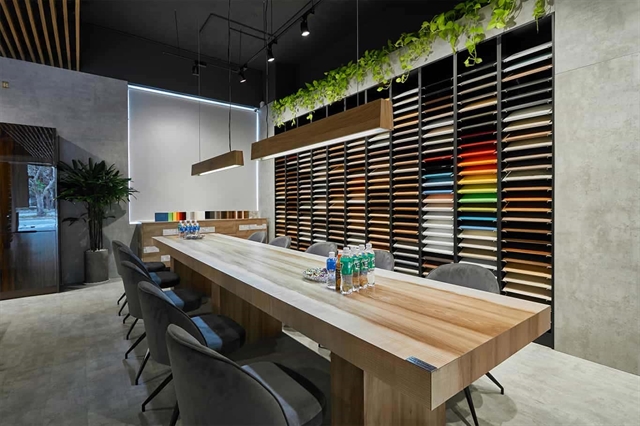 The US has always been a large wood export market of Việt Nam. In recent years, taking advantage of the US-China trade war, Việt Nam has increased exports to this market. In the first seven months of 2022, the top five export markets for wood and wood products included the US, China, Japan, South Korea and Canada. In which, the US reached $5.6 billion, down 6 per cent over the same period last year and accounted for nearly 58 per cent of the total turnover.

According to the Vietnam Industry and Trade Information Center (VITIC), wood and wood product exports to the US in the second half of this year will be gloomy as the number of orders is on a downward trend. The US’ increased investigation into trade remedies makes it difficult to export wood to this market. High inflation in the US is negatively affecting the production and business activities of wood industry enterprises. The group of wooden furniture - the main export group of Việt Nam is most affected.

In mid-June, the Trade Remedies Administration under the Ministry of Industry and Trade said that the US Department of Commerce (DOC) had initiated an investigation into the evasion of anti-dumping and anti-subsidy tax on wooden cabinets originating from Việt Nam and Malaysia. Previously, the US also investigated against avoiding plywood products using hardwood materials imported from Việt Nam.

An Cường Wood - Working Joint Stock Company (ACG) announced first-half net revenue of VNĐ1.92 trillion (US$82 million), up 12 per cent. Export revenue reached VNĐ307 billion, accounting for 16 per cent. Profit after tax was VNĐ279 billion, up 17.5 per cent over the same period last year. The wood company achieved 45 per cent of the revenue target and 51 per cent of the year profit target.

The enterprise said that the COVID-19 pandemic was well controlled, and the unit had stepped up sales activities to increase revenue. It also implemented solutions to optimise production activities, controlling costs well and increasing financial profit, helping to increase net profit higher than revenue.

An Cường Wood has a strategy to promote export markets, in which the US is the main market. Export revenue accounted for only 6 per cent in 2018 and increased to 15 per cent in 2021. The company has set a target that by 2025, the export proportion will reach 15-18 per cent of total revenue.

At the beginning of July, the business signed a contract with Sumitomo Forestry USA. Under the agreement, from 2022 An Cường becomes the supplier of furniture for all housing development projects in the US market developed by Sumitomo Forestry. An Cường hopes that it will accelerate capacity to the maximum, increasing export revenue by US$50 million by 2025.

Đức Thành Wood (GDT) also recorded growth in business results in the first half of this year thanks to the control of the pandemic and the improvement of production processes. Net revenue reached VNĐ238 billion, up 11 per cent. Profit after tax was VNĐ44.6 billion, up 20 per cent over the same period last year.

Trường Thành Furniture Corporation (TTF) reported a 55 per cent increase in revenue to VNĐ1.15 trillion, and a 39 per cent increase in gross profit to VNĐ149.5 billion. However, financial expenses, selling and administrative expenses increased sharply, causing a net loss of VNĐ7 billion.

In the first quarter, the company made a profit and the gross profit margin improved, but in the second quarter, the company suffered a loss and the gross profit margin decreased. The company said that it was strongly affected by the pandemic and disrupted global supply chains, causing the cost of wood materials and transportation to increase and a shortage of containers disrupting export activities. The impact of the Russia-Ukraine conflict, and high inflation in the US and Europe have had a negative impact on the export activities of the wood industry.

Similar to other wood enterprises, Trường Thành Wood is also promoting the export segment, actively improving long-term contracts, focusing mainly on the US, Italy, Europe, China, and Japan markets. The enterprise has a kitchen cabinet factory with an area of 20,000 m2, capable of producing 90 containers of kitchen cabinets to meet export standards to the US each month.